p53 is a well-known tumor suppressor protein which suppresses cancer by regulating the cell cycle. It is encoded by the gene, TP53. A key component of p53’s suppressor activity is modulated through post-translational modifications, namely acetylation. Acetylation patterns of p53 help determine the protein’s function. These acetylation patterns can be "written," "erased," and "read." "Writing" refers to the addition of acetyl groups by enzymes like histone acetyltransferases, and "Erasing" refers to the removal of acetyl groups by enzymes like histone deacetylases. "Readers" recognize and bind to the acetyl groups on the p53 protein and can inhibit or enhance p53 transcription.

Around half of all cancers have some type of p53 mutation. Clear cell Renal Cell Carcinoma (ccRCC), a common kidney cancer, does not have p53 mutations, leading Cai et al., authors of a Nature Communications paper last year1, to suspect that other mutated genes may be impacting p53 function. Polybromo-1 gene (PBRM1) is mutated in 40% of ccRCC tumors and is required for some p53-mediated processes, so Cai et al. set out to uncover the relationship between these two cancer-associated genes. Could PBRM1 be a reader of p53?

The researchers co-transfected U2OS osteosarcoma cells and human embryonic kidney 293T (HEK293T) cells with both PBRM1 and p53. Next, they induced DNA damage and treated with chemotherapy drugs. Immunoprecipitation showed that PBRM1 binding to p53 was enhanced by DNA damage.

What happens to PBRM1 when p53 is knocked out? Again, the expression of downstream targets of p53 are reduced. The binding of p53 and PBRM1 is essential to the tumor suppressing action. When the binding site is mutated, tumor growth increased in cell and mouse models.

Lastly, the relationship between p53 and PBRM1 was confirmed in human kidney tumors by visualizing PBRM1 and p21 using immunohistochemistry. Staining using antibodies from Bethyl Laboratories against the two proteins revealed a correlation between p21 loss and PBRM1 loss in grade 1 and 2 and stage 1 tumors. Cai et al. hope that these results will contribute to the discovery of effective cancer treatments. 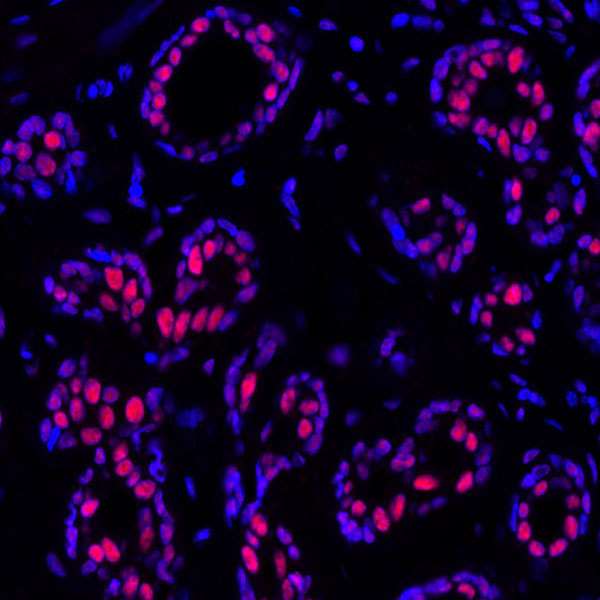 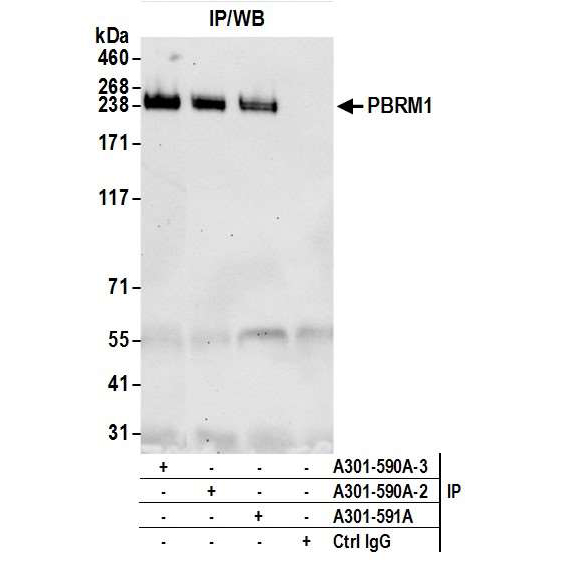 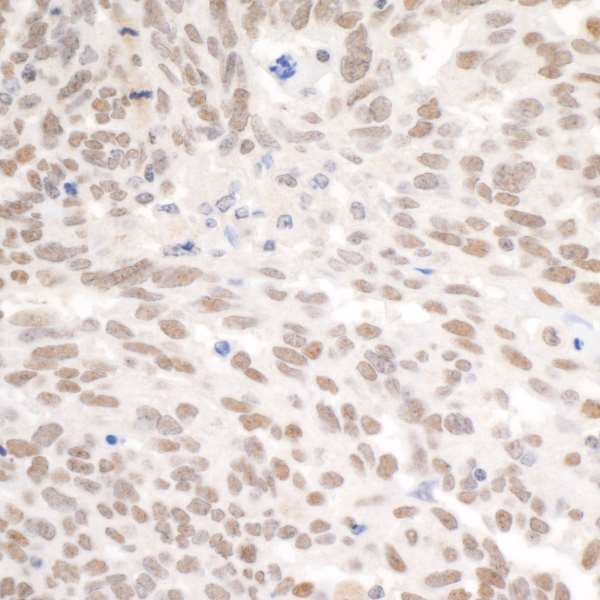